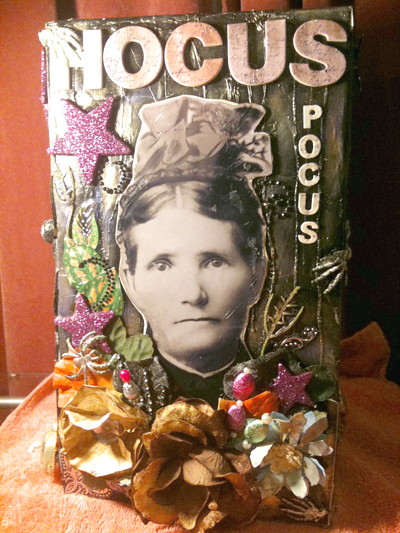 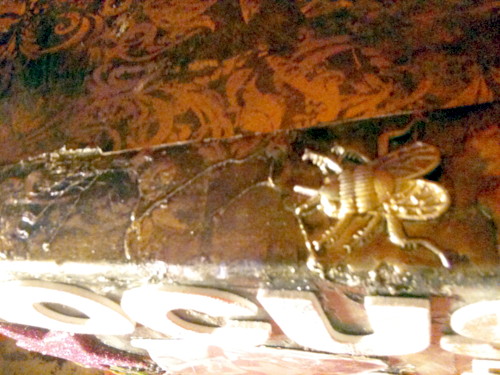 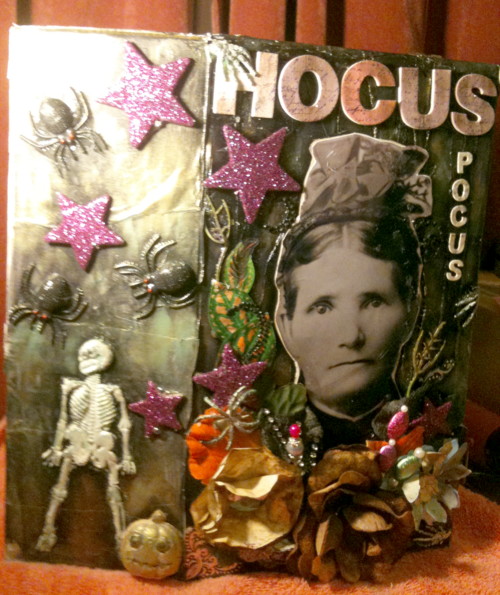 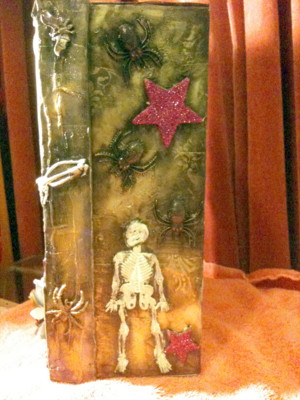 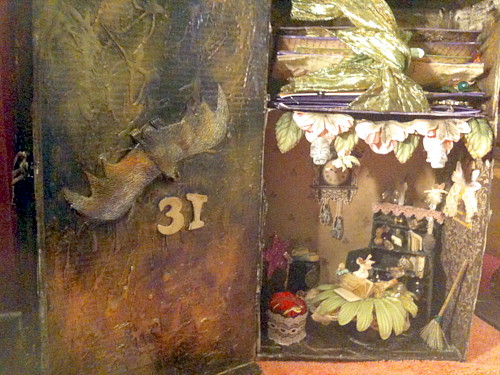 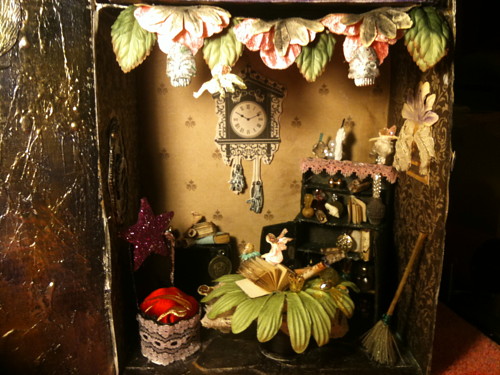 I've been working on this project which originally started out its life as a shoe box. Olive, is the witch from number 31 and she has gone out shopping for the day. Unfortunately she left her window open and well...some naughty fairies are playing hide n seek in her house. One, who shall remain nameless, knocked over a potion on the table and she is sitting on the book to dry out---she's ready to go home. There's a little fire place down in the corner and a fairy is looking inside the unused fireplace for her friend who is hiding up on the book shelf. One of the girls is having fun swining off the decorations.
I also made a mini book to go up in the 'Attic'. I decorated the pages and the downstairs sitting room using a little kit using graphic 45 once upon a spring time, which I brought off etsy from myscrappyshop. I also used kaisercraft Timeless and Antique Rose 12 x 12 paper pad. The mini album also has a lot of images from The Filigree zine on etsy which I brought a while back. The purple stars were christmas ornaments. The other elements like the skeletons and spiders and such were from those two dollar party favour bags for kids. They were rubber but I painted and did everything to make them look less rubbery. Except the big spider I left them as they were. The stick pins on the front of the box came from shar and I think faith? from the spring time stick pin swap from the old group now known as Scrappers Obessionz. Every thing else came from my stash and the furniture I made from cardboard.
Now...to think about my next project!