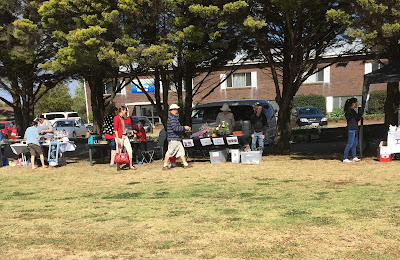 I've been quiet of late pottering around at home and have been a bit neglectful of my poor blog, but I hope to fix that and post a bit more.
The weather of late has been a mix bag of warm and windy which is not a good combination for the fires that have been around. But at least the wind has been keeping the days mostly cool. I think summer is going to be a hot one.
Last week I received an email to let me know about the new workshops for the Simple living group, the co-coordinator, Margy, also sent information about a mini homeschool market held at the Range Christian fellowship on the week end. My aunt and I headed off early to have a look around at the stalls. It was a good day to wander around to look at the stalls as the day before was so windy! It was still windy but not as windy. 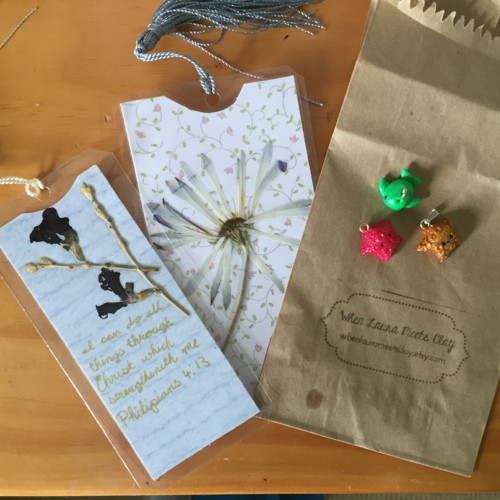 I came home with two pressed flower bookmarks, yes I know I could make them my self but I like to help kids who are making their own items to sell. The book marks have scriptures on them with spelling mistakes :):
So we fix our eyes not on what is seen, but on what is unseen, scince (since) what is seen is temporary, but what is unseen is eternal. 2 Corinthians 4:18

I can do all things through Christ which (who) strengtheneth (strengthens) me. Philipians (Philippians) 4:13

I also brought some clay charms from When Laura Meets Clay: Whenlaurameetsclay.etsy.com. The book marks and the charms items will go well in snail mail letters. 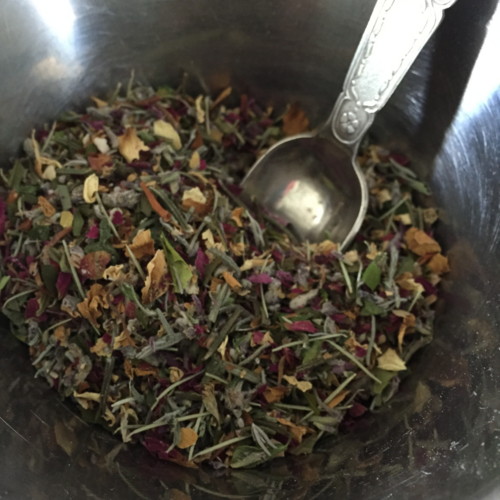 I've also been pottering around in the garden and preparing potpourri mixes from the dried flowers I already have dried. My room smells like a flower garden. 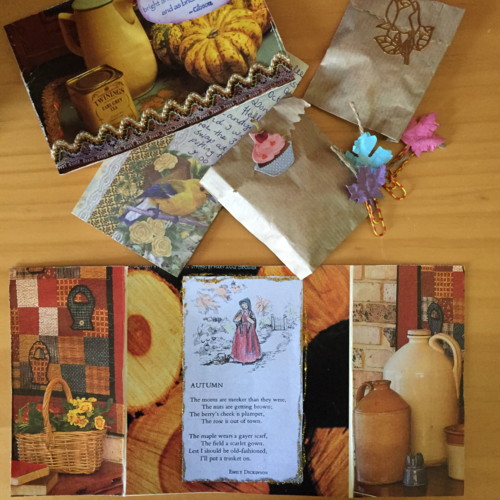 There's been a lot of snail mail happenings too. I made some cards and postcards out of old magazines for a swap. 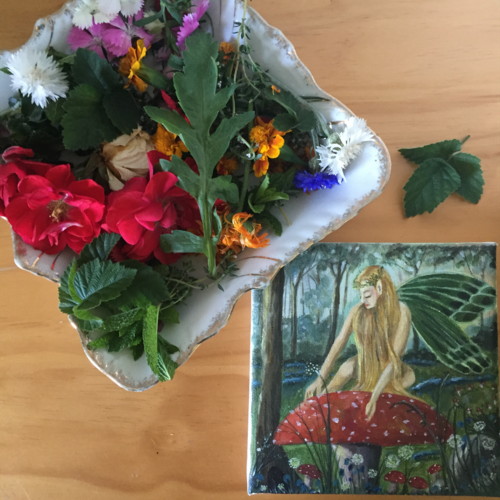 My art desk also has a lot of paintings going on. Just small ones for now. 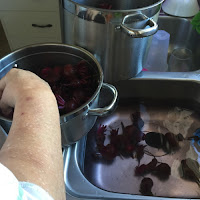 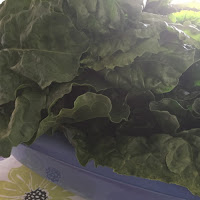 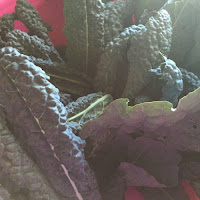 We had a lot of produce from the garden too. We pickled beets. Picked silverbeet and more kale too. Over the last year or so dad has been planting out a few small garden items to grow in beds. The old favourites most kitchens like are being grown. We have three raised beds that are giving us plenty to use in the kitchen. Which proves you don't need big to start with. 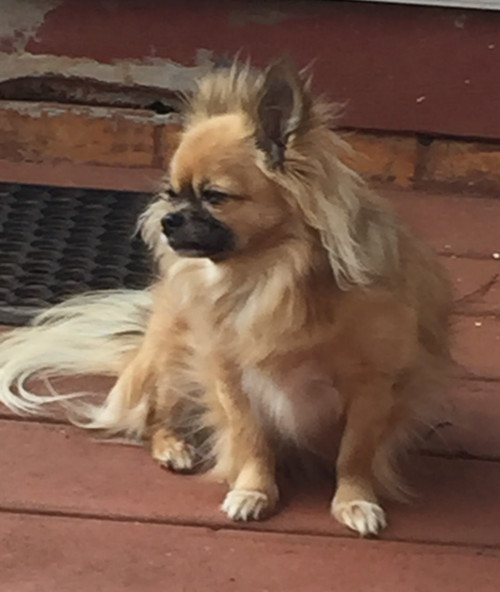