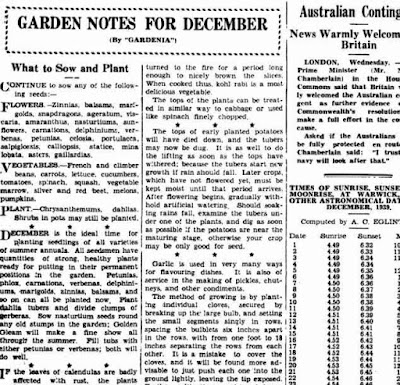 December has come in and so has the heat. With the start of December, I began to follow up with the 1939 era at home. The newspapers of the day have a couple of sections devoted to the kitchen and garden. There's also a few coloums for the home with handy hints. When December started I began a  small kitchen garden. This type of garden will become known as the Victory garden as the war comes in. For this month, the kitchen garden gave advice to plant out vegetables for your plot. 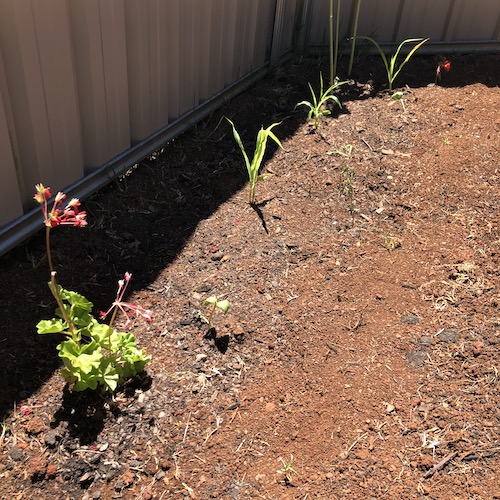 I planted out corn, cucumber, lettuce, tomatoes, and beets. I'm not a very good gardener but I try. I know with the hot weather about I'll have to get in and mulch this. For now I have the recommenced 1939  December vegetable crops out. I also planted out dahlias, zinnias, and petunias as suggested. 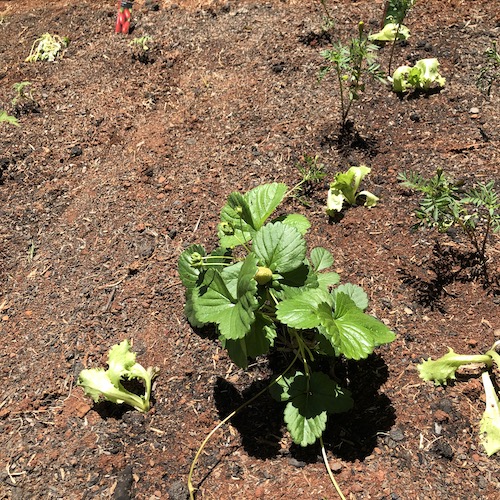 The lettuce and strawberries here, were later changed as I had them in too much hot sun with not enough shade. They are now in a cooler part of the yard. I had a first strawberry the other day. 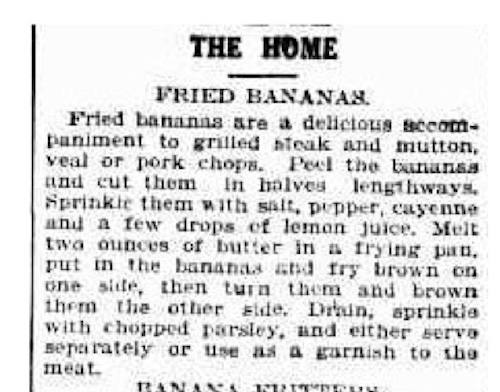 Fried Bananas may seem like an odd recipe, but it has been around as early as the late 1920's. The recipe picked up interested again in the late '30's and later during the war. Britain, of course, once the war started didn't see bananas the British government requisitioned Banana boats for military service. Here in Australia we grew bananas and the shops where selling them through the war. 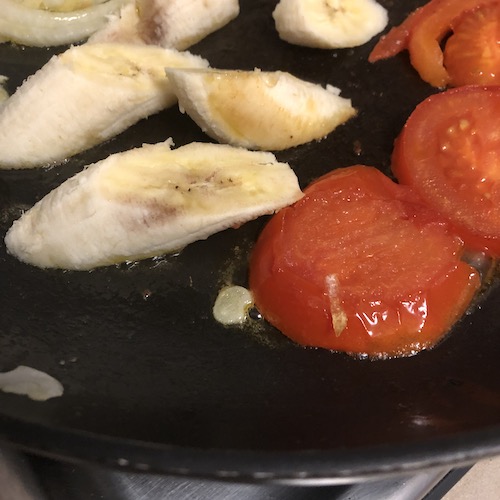 It's a simple enough recipe and one which can be fried up with bacon. I fried mine up with tomato and onion. This is one of those recipes meant to use up kitchen food that is over ripe which was why it was popular during the war. 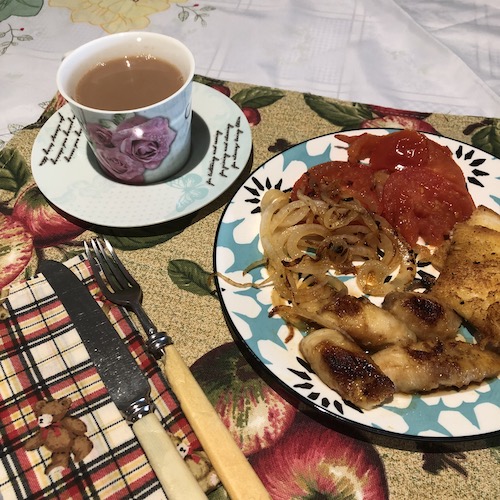 If fried banana for your breakfast or tea isn't your thing, you can always use up ripe banana's in a banana cake or banana muffins recipe. 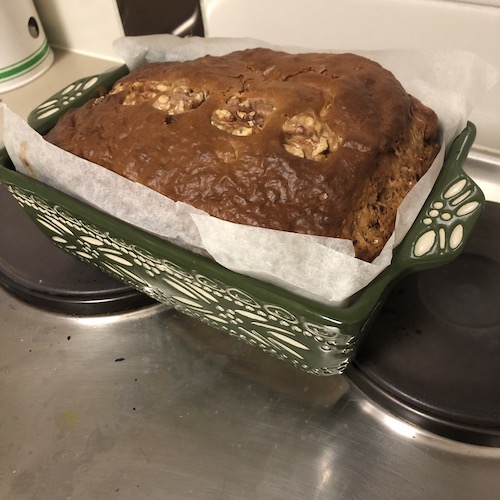