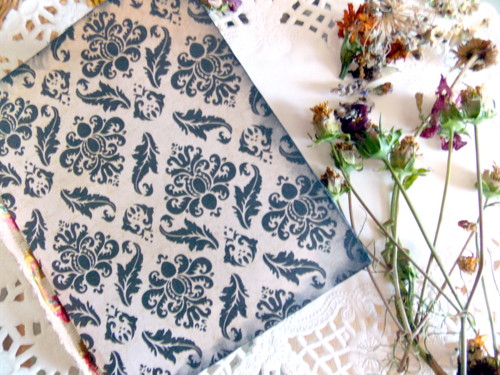 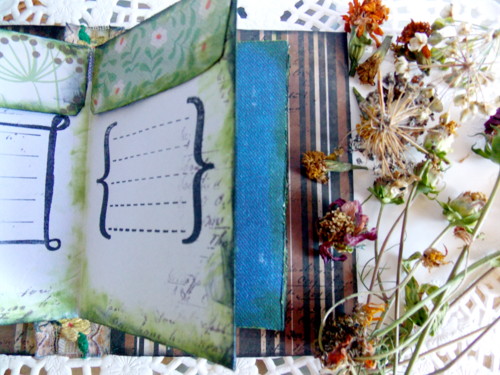 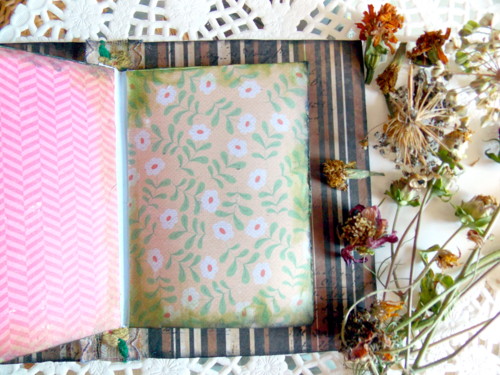 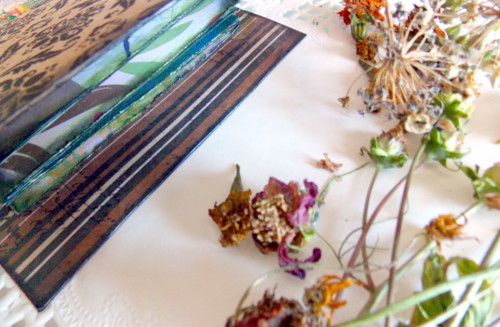 I wanted a place for some seeds I want to keep, they are seeds from flowers in our garden. I made a small book with 'seed packets' to keep my seeds. To make the book is easy as it is the same approach as a mini album. I used enevelopes for my packets, by folding the enevelopes in half then I cut the flap down just to the top of the inside of the enevelope. After that I used a narrow double sided tape on the inside of the middle to stick the enevelope down to make a 'packet' shape. If you want you could also leave out the double sided tape if you wanted to store bigger seed packets. The paper stack I used is by Grace Taylor called: Millie's Garden. On the cover and the inside cover I used a paper pack from KaiserCraft called: Timeless. The journal spot stamps are also from KaiserCraft. The book cover I cut down those cup-a-soup packets and joined two together for extra thickness. I added a vintage ribbon down the spine.
I've yet to decorate the cover, most likely I will use a simple bookplate with the word 'Seeds' written on it. Very simple and quick to make would make a pretty present for a gardener too.