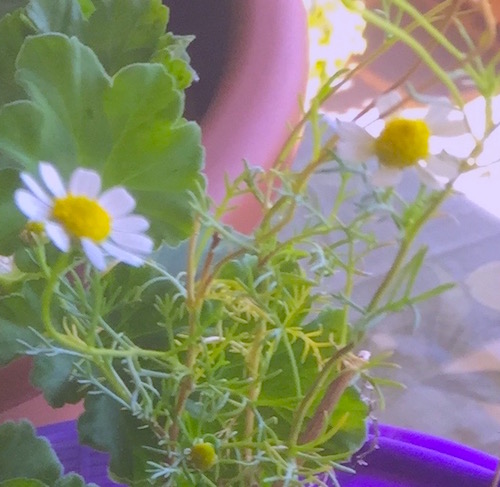 Country of origin: Indigenous to Britain and cultivated in Germany, France and Morocco.

Chamomile can be recognised by its feathery grey-green leaves and daisy-like white flowers with distinctive dome-shaped yellow centres. German chamomile is more erect than the related Roman Chamomile.

Flowers
Collect flowers as they open and the petals start to bend back. 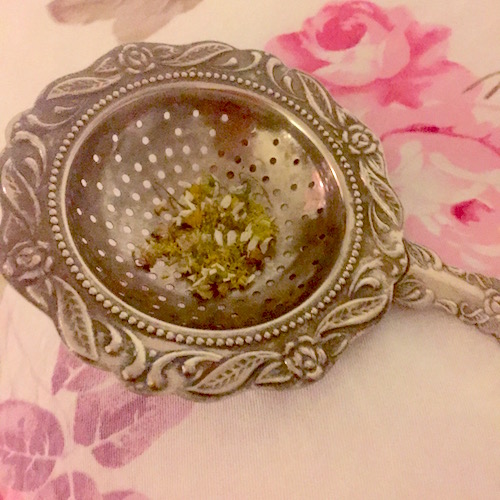 Chamomile is used to soothe gastric irritation, flatulence and colic. It works in two ways: It helps to relax an overactive stomach while, at the same time, relaxing the nervous system, soothing anxiety and stress. A medical herbalist may also use Chamomile for painful periods, to calm an over-active child or in allergic asthmas.

OTHER USES OF CHAMOMILE:

Dried chamomile flowers can be added to potpourri and the flowers can also be placed in a muslin bag and used to scent the bath water.

Some simple ways to use Chamomile:

To relax and aid sleep drink Chamomile tea before retiring to bed.

As a conditioner rinse fair hair in an infusion of chamomile.

To alleviate the symptoms of a cold add 2-3 drops of Chamomile essential oil to 1 litre (2 pints/5 cups) of boiling water and use as an inhalation - breathe in steam.

In the language of flowers Chamomile means: Joys to come.

Disclaimer: As always be cautious when using herbs. 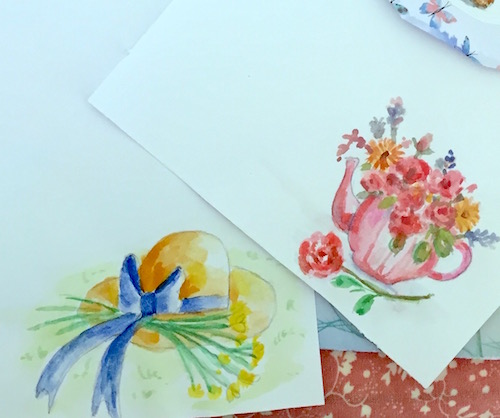