Vaseline was a favourite for use on the skin during 1939. It had previously been used as late as 1876 and afterwards when it reached popularity the product began to be used for a variety of uses. One useful hint in an article from 1918 suggested: Mildew on leather may be removed by rubbing the affected part with vaseline.

By 1939, vaseline became part of cosmetic use and for medicinal uses in the same way we use Aloe Vera for burns, scratches, and blemishes.

What would home be without vaseline? And yet, how many users of vaseline know anything about it’s origin?

On Saturday 8 August, 1934; the inventor of vaseline, Robert Chesebrough, died at the ripe age of ninety six. He was born in London, and spent many years experimenting with the by-product of petroleum before he hit upon the jelly for which he was sure there was a world-wide need for it’s use. Vaseline is a product of Petroleum, from which it is obtained by a system of filtration. It has no taste or smell and has a softness and smoothness making it ideal for using on the skin. 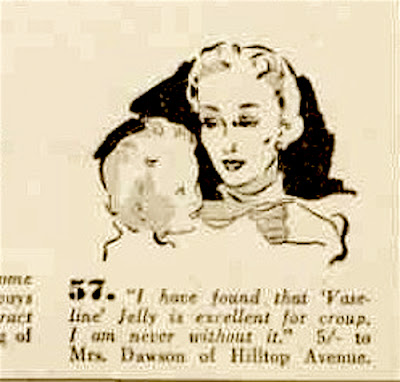 However, neither the public nor the medical professions were convinced they needed any enthusiasm to use the new product. Chesebrough had to fight hard to bring the product into daily use and the turning point came in 1876, when a famous medical journal drew attention to the medicinal value of the jelly, the article suggested it should be given a careful trial. Chesebrough was also a pioneer in the field of advertising, and during electioneering campaigns in the old days he brought up space on election posters, which brought the merits of vaseline before the eyes of thousands of families who never opened a paper. Vaseline became widely accepted and he died a millionaire and one of New Yorks’ largest landowners. Robert Chesebrough, believe in his product so much he ate a spoonful of it every day until his death at the age of 96. 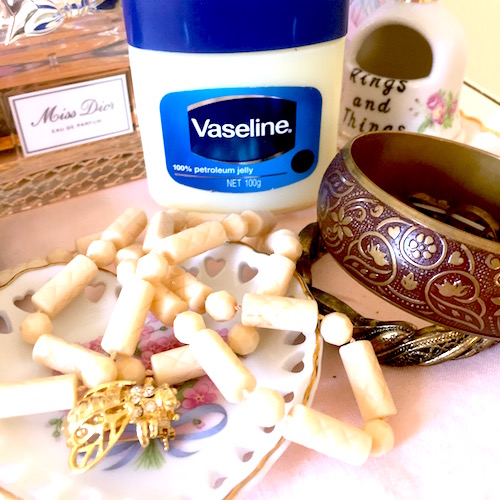