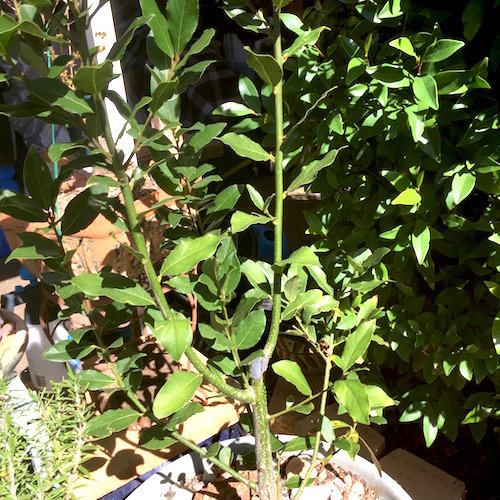 The sweet bay is the true laurel of ancient Greece. Its leaves were used to make crowns for triumphant heroes, distinguished poets and victors of the Pythian games at Delphi. The title, Poet Laureate, comes from this use.

In Greek myth, Apollo was pursuing a mountain nymph named Daphne. The gods changed her into a laurel tree to escape him. Apollo consoled himself by weaving a garland from ‘her’ branches and, after this, the tree was held sacred by Apollo. 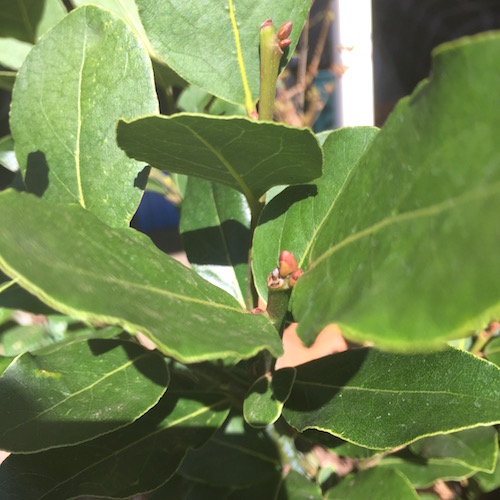 Cultivating: The Laurus nobilis needs special care in frost areas. It is not a hardy plant for the out-of-doors, but it adds a great deal of charm to an herb garden and will grow well as a tub plant if great care is given it.

It prefers a sunny spot and the soil should be kept moist at all times. When frost threatens, the plant should be placed in a protected area. 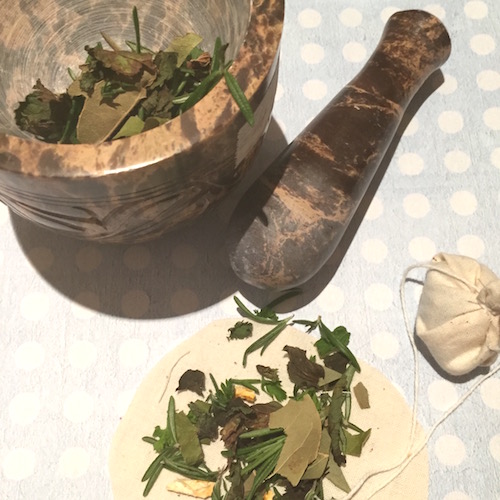 Harvesting: Like most herbs, bay leaves should be picked in the early morning when they are clean and still fresh from the morning dew but not wet. Place leaves to dry gradually in warm shady spot. When dry but not brittle, arrange the leaves and weight them to flatten them so they do not curl. When completely dried and pressed, pack carefully in tightly covered opaque containers until needed. 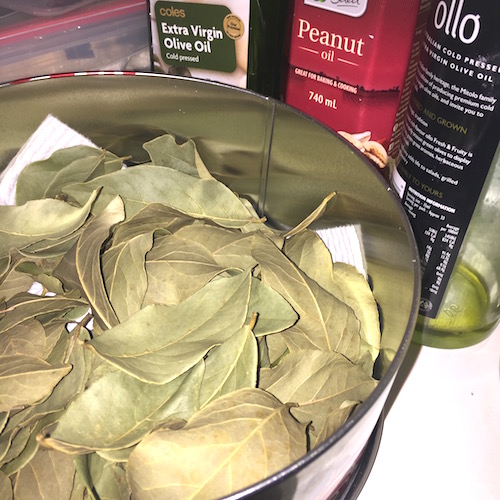 Uses Of The Herb:
Culinary:
Use bay leaves as part of a bouquet garni for soups, stews, and sauces. Add to stocks, marinades and stews, curry, and poached fish. Remove leaves before serving. Place in rice jar to flavour rice. Heat in milk to flavour custards and puddings. Use to flavour vinegar.

Medicinal:
Use an infusion of the leaves as a digestive stimulant. Apply infusion to scalp to relieve dandruff. Essential oil is good for massaging sprains and rheumatic pains. Make sure the oil is diluted by mixing it with a ‘carrier oil; such as sweet almond beforehand.

Cosmetic:
Add a decoction of bay to bath water to tone the skin and relieve aches.

Decorative:
Clipped and trains day trees in tubs are an elegant and traditional decoration for doorways and walls. Use branches in full leaf for wreaths.

Crumble dried leaves into potpourri. Hang branches up to freshen the air. 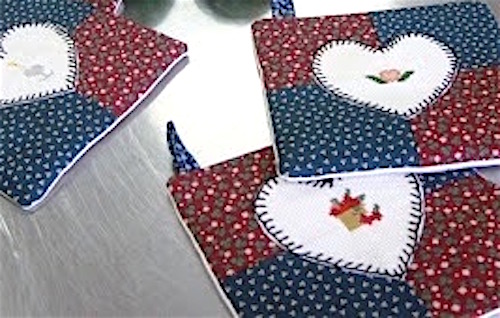 Crush six bay leaves, a couple of cinnamon sticks, some cloves, and star anise with pestle and mortar.
This scented spice mix then can be placed between squares of fabric and sewn in.  The aroma of the crushed spices is released when a warm tea cup or coffee mug is placed on the coasters.

A larger mat can also be made to rest a tea pot on or a hot pan.

(Disclaimer: As always be careful about using herbs. Consult your doctor before use. Never use on small children or pregnant women) 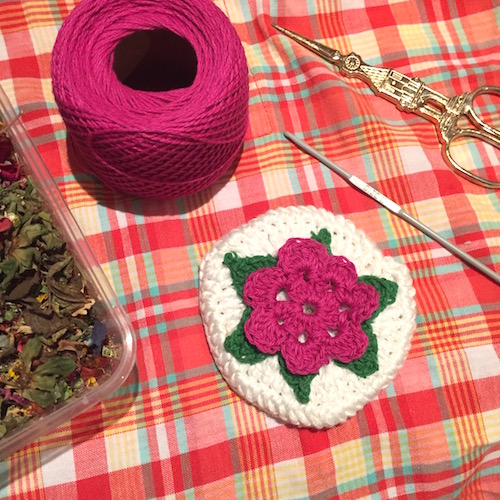