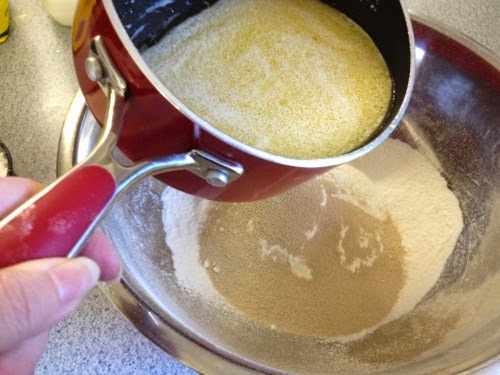 Yesterday I eventually got round to trying out baking some Cinnamon rolls. 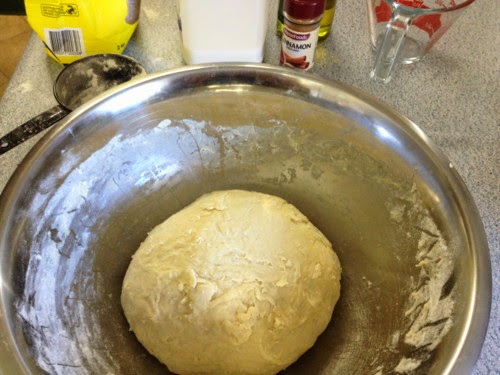 The recipe was very straight forward with no fanciness to it at all. 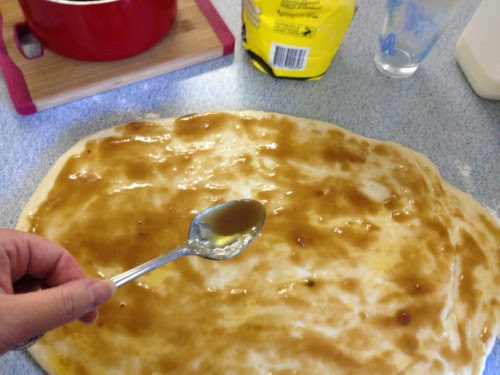 Lots of brown sugar melted with butter and a good sprinkling of cinnamon was added... 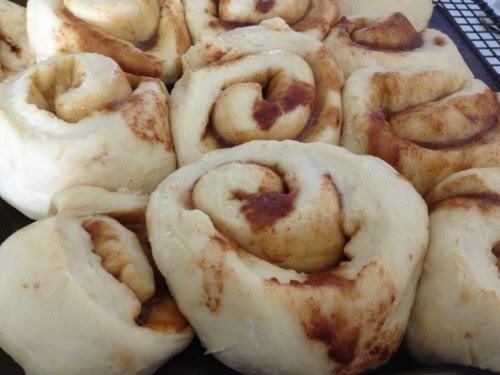 It was sticky cutting up the rolls. Next time I will cut smaller pieces now that I know how big the dough rises. Lessons learnt and all. No one though seemed to mind the big size as the Cinnamon rolls are all gone now. 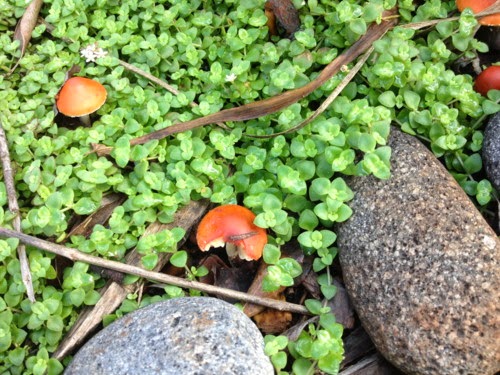 It's a good thing there can be some time wandering around the garden after all that sweetness. 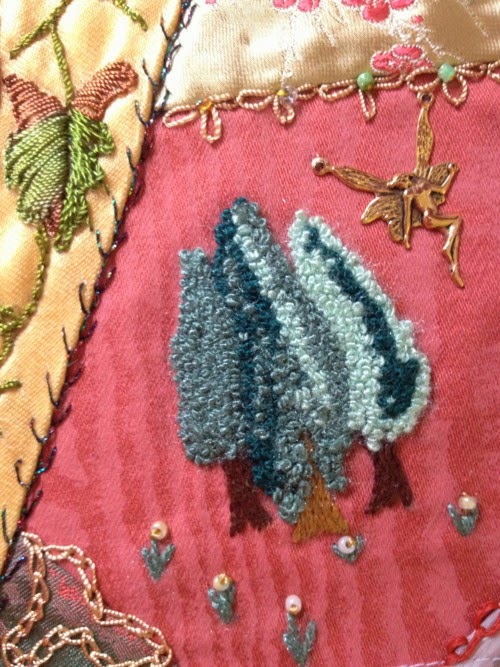 And back inside there's some finishes to embroidery projects on the go...almost finishes... 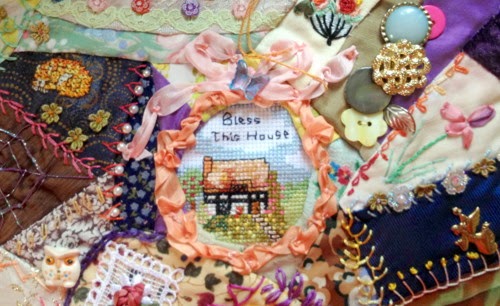 Some more embroidery and I can put this together.

¾ cup of water
½ cup of oil
3 tablespoons of Honey
1 teaspoon of salt
Brown sugar and butter. Melt to make enough to spread on rolled out dough.
Method:
Mix 2 cups of flour with 2 tablespoons of yeast. Heat the water, oil, milk, honey and salt until very warm. Pour into flour mixture and beat well. Add the rest of the flour until dough is soft. Knead for bit then let rest for 10 minutes.
Roll dough out flat and brush on brown sugar melted butter mixture. Sprinkle on cinnamon, roll up the dough in a long sausage shape and cut ( a piece of string is the best way to cut this). Let rise for half an hour then bake for 12 -15 minutes in a hot oven. I hope everyone is having a good day or evening where ever they are.