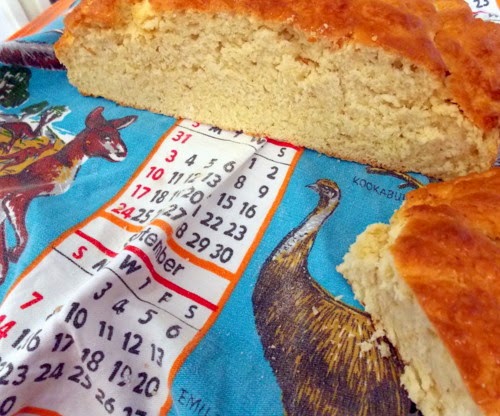 All I can say about the weather right now is can we have winter now. I suppose it was a good day for Australia Day celebrations and to end the summer holidays for school kids.  I thought some might like to know about the meaning of my name Shiralee, a very Australian name. They made two movies of Niland's book The Shiralee, which are very good to watch.

THERE was a man who had a cross and his name was Macauley. He put Australia at his feet, he said, in the only way he knew how. His boots spun the dust from its roads and his body waded its streams. The black lines on the map, and the red, he knew them well. He built his fires in a thousand places and slept on the banks of rivers. The grass grew over his tracks, but he knew where they were when he came again.
He had two swags, one of them with legs and a cabbage-tree hat, and that one was the main difference between him and others who take to the road, following the sun for their bread and butter. Some have dogs. Some have horses. Some have women. And they all have mates and companions, or for this reason and that, all of some use. But with Macauley it was this way: he had a child and the only reason he had it was because he was stuck with it.

Regarding The Shiralee, D'Arcy Niland said: "It is a biblical truth that all men have burdens. This is the simple story of a man with a burden, a swagman with his swag, or shiralee, which in this case happens to be a child. I have often thought that if all burdens were examined, they would be found to be like a swagman's shiralee - not only a responsibility and a heavy load, but a shelter, a castle and sometimes a necessity."

Stir together flour, salt. With your hands rub in butter until mixture is like fine bread crumbs. Make a well in the centre of the flour mixture and pour in milk and water. Stir until the dough comes together. Turn out the dough on a lightly floured surface and form into a round loaf about 20cm across. Place the loaf onto the prepared tray and bake for 25 minutes in preheated oven, then lower the temperature to 180 degrees and continue to bake for another 5 to 10 minutes. The damper should be golden brown and the bottom should sound hollow when tapped. 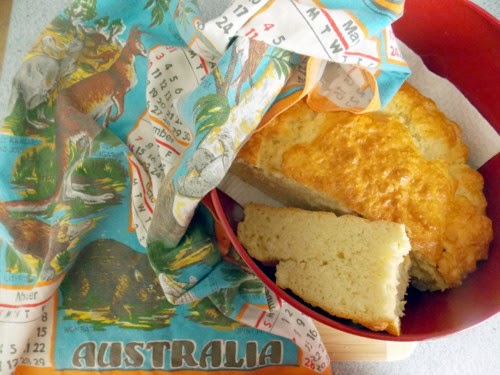 I hope everyone is having a good day or evening where ever they are.

Email ThisBlogThis!Share to TwitterShare to FacebookShare to Pinterest
Labels: recipes