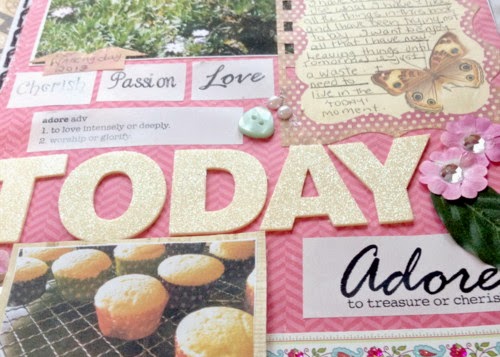 A snippet of a page from one of this years journal entries for February. 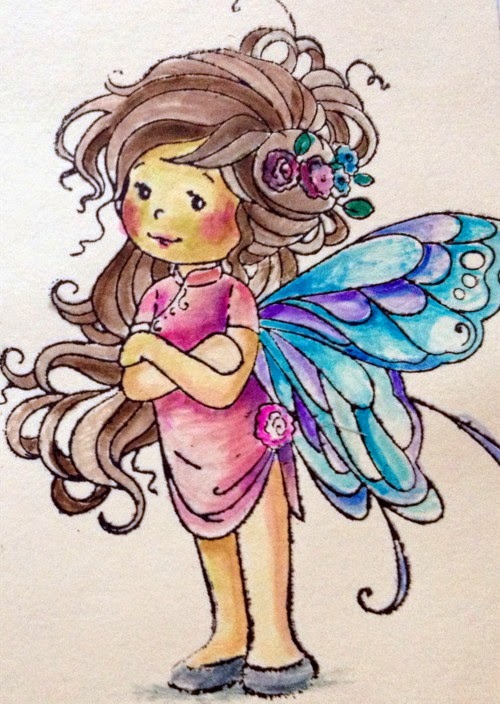 On the craft table I've been playing around with cheap store brought felt tip pens and methylated spirits to act as a 'blender', by which I scribbled on a non-stick craft mat by Tim Holtz the felt tip colour and pooled a bit of methylated spirits next to the colour, then using a thin paint brush the two were mixed together so I could colour in this free fairy stamp. The method is stinky business but it does produce a result. 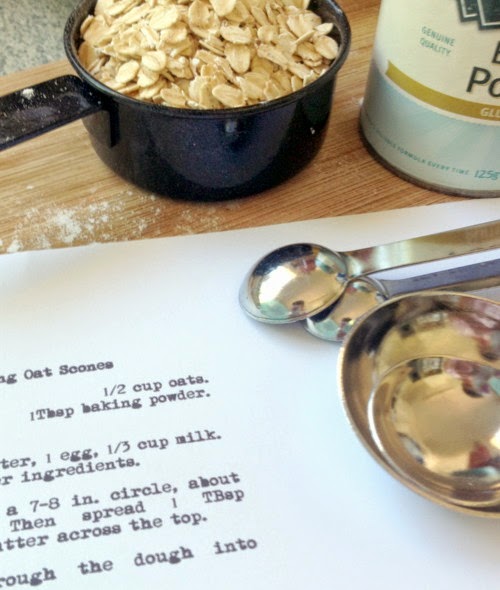 In the kitchen there was some baking. 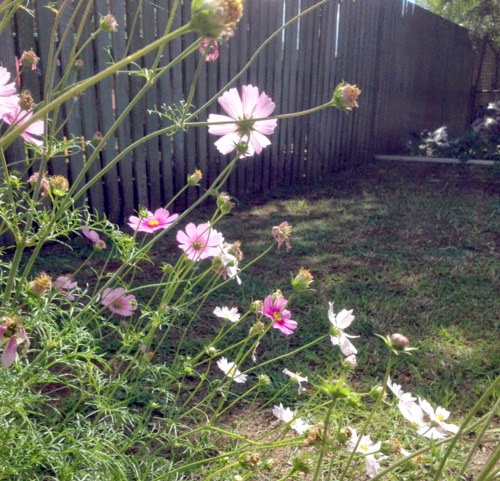 And the day started off glorious so I had a walk around the yard admiring some of volunteer flowers that sprang up from previous gardening. 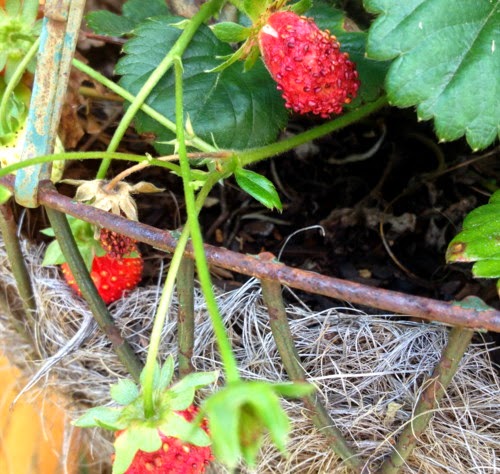 I discovered some hidden alpine strawberries the birds haven't found. Only a few but they were delicious. 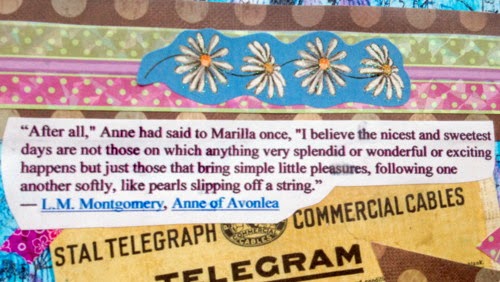 '"After all," Anne had said to Marilla once, "I believe the nicest and sweetest days are not those on which anything very splendid or wonderful or exciting happens but just those that bring simple little pleasures, following one another softly, like pearls slipping off a string."'
-Anne of Avonlea. (L.M.Montgomery)
on April 24, 2014